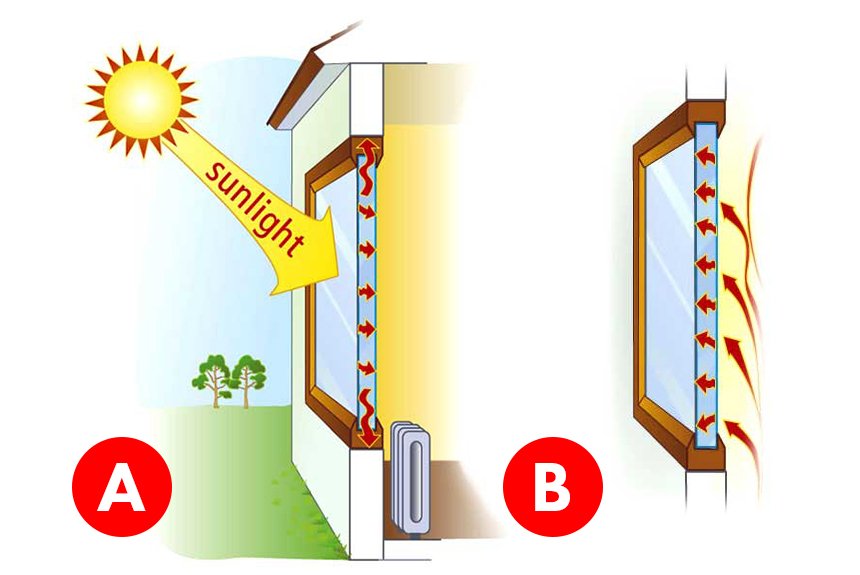 Energy costs are always going up. What can you do year round, 24/7, to save money? That’s an important question, on everyone’s mind. There are a few things you can do. First, you can install energy-efficient windows. Then you can maintain the air conditioning at modest levels. Turning off lights/electronics when no one is using them is another option; and lower the heat so, it doesn’t run as often.

There are many options available for those who wish to reduce their carbon footprint and/or save energy costs. Did you know you could use window film to help lower your energy costs in the summer and winter? Most window films block 99% of UV radiation and Solar Window Film can reject as high as 79% of all solar energy. The result is naturally cooler rooms that require less conditioning. These solar window films do a great job of reflecting and absorbing unwanted solar radiation during the summers.

I also mentioned something about winter… It doesn’t make sense, how can solar window film helps with heating costs in the winter? Wouldn’t they actually keep the rooms cooler, by reducing the sun’s glare? As it turns out, conduction plays a big part in the transfer of heat between the inside warmer air and the outside cold air and vice-verse.

Conduction is how Solar Control Film work both in the summer and the winter.

Conduction – is a type of heat transfer that occurs within a solid material. When a solid receives a source of heat, that solid in effect will absorb the heat. The heat will then travel through the solid, at varying rates depending on the solid (heat travels faster through aluminum than steel), and gravitate towards any object that is in physical contact with it. Looking at a glazing system, glass subjected to solar radiation will become warm and in turn the heat will dissipate to the frame and subsequently to the wall. Additionally, it’s important to note that heat will always travel towards a cooler material. 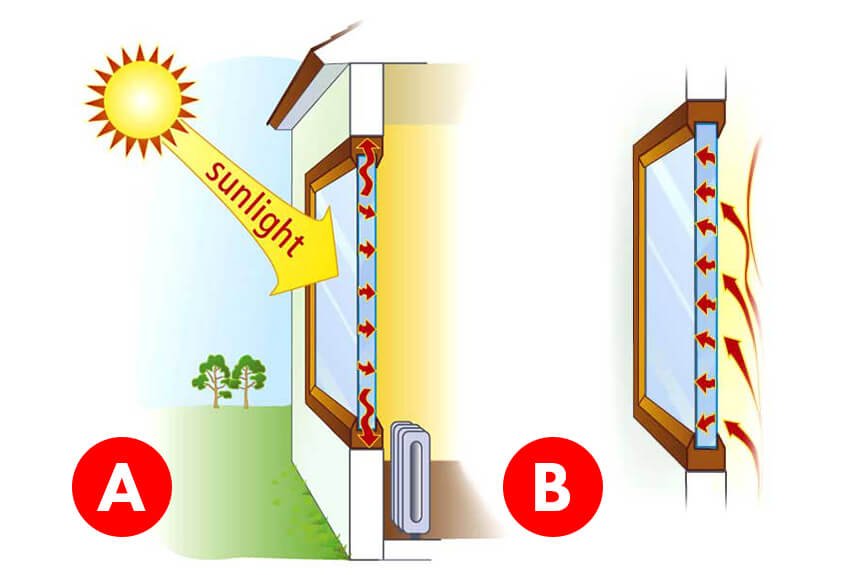 As you can see from the example above, Solar Window Film helps to keep the warm air out during the summer; and the warm air in, during the winter. By lowering heating and air conditioning output, you are reducing energy costs!